One witch's way down the pagan path.

Yule’s origins can be traced to the Norse. Even many common Christmas traditions such as caroling and the Christmas tree can be traced to these early celebrations. The Norse celebration of Yule was just that, a time for much merrymaking. The would be a great Yule hunt which usually consisted with a catching wild boar. After which there would be a three to twelve day feast, full of eating, drinking and music. They would decorate with pine and evergreens to symbolize the coming renewal of life. Large fires would be built using oak logs. These logs were then given the name “Yule logs”.  Oak was chosen for it’s hardiness and long burning as the fires needed to last the entire fest. A piece of the log was then saved and used to start the next years fire.

Yule is the celebration of the rebirth of the Horned God. He leaves our Goddess between Mabon and Samhain and then returns reborn as the Sun. He is the great hunter and feast are held in his honor.

This entry was posted on December 5, 2012 by ngreen in History and Lore, Holidays. 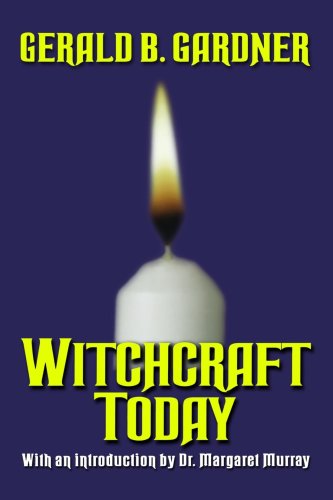 A rather old book by Gerald Gardner, who many say is the Father of Modern Witchcraft. Definitely seem like an interesting read. Can’t wait to get into some of his history lessons. Book is a little controversial in the Wiccan/Pagan community. Feel free to check out some reviews. I hope do be diving into here shortly.